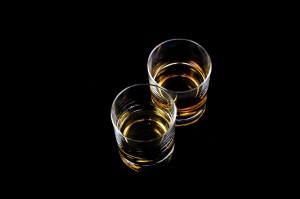 A DUI offense sounds simple but it has different implications depending on the circumstances of your case. In a first DUI offense where you are not involved in an accident, had a low breathalyzer result, and no aggravating circumstances like reckless driving, or the presence of a minor in your vehicle, you can handle the case without the need of a DUI attorney. However, in some cases, a first time DUI can result in a felony or misdemeanor charge. You may be facing jail time or community service, or get a DUI charge on your record. During such scenarios, it is good to seek the counsel of lawyers for auto accidents. Read on to learn what steps to take when arrested for a DUI and the circumstances that warrant the presence of a DUI Lawyer Savannah.

Find a Safe Place to Pull Over

Be Polite and Refrain From Answering Incriminating Questions

Treating a police officer respectfully reduces your chances of being arrested. Furthermore, you should co-operate as much as possible by answering all questions. However, if the officer asks you incriminating questions such as whether you have been drinking, it is advisable to politely decline from responding as this could be used against you if the case goes to trial.

Do not Take a Field Sobriety or Breathalyzer Test

You are not legally obligated to be subjected to a field sobriety test. These tests are subjective since an officer decides whether or not you passed and such information can be used against you. Hand-held breathalyzers are also unreliable since they are ways the officer can skew the results.

You are legally obligated to undertake a chemical test once you arrive at the police headquarters. In many states, you have the option of choosing between a breath and blood test. Many lawyers for auto accidents advice their clients to take breath tests since they are more unreliable. This means that the validity of a breath test can be easily challenged in court.

In first DUI cases, it is smart to plead guilty if you have a high blood alcohol reading, or if you were caught driving recklessly. However, having an attorney during such situations will enable you to make an informed decision. In some cases, where your BAC is neither very high nor below the required limit, conviction is unlikely and a lawyer can help with a plea bargain. In plea bargains, your lawyer negotiates for you to get a lesser charge, for instance, charges could be reduced from DUI to driving recklessly.

In cases where a guilty plea will lead to long term incarceration, sentence bargaining is a good way out. Such cases include second DUIs and aggravated DUIs where you have a BAC above .15 or death or injury has resulted. During such circumstances, pleading guilty is not a good move and it is wise to hire an attorney to help you with sentence bargaining.

In conclusion, when pulled over for a DUI, you should act respectfully towards the arresting officer and refrain from incriminating yourself. It is advisable to only agree to a chemical test at the police station. If it is your first DUI where your BAC level is average, and there are no aggravating circumstances, there is no need to have a lawyer present. However, for second DUIs or a first DUI involving a high BAC level and aggravating circumstances such as reckless driving, you should have a DUI Lawyer Savannah present throughout the case.