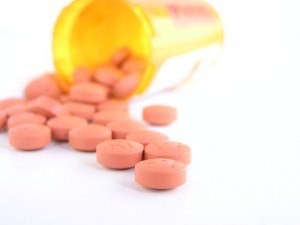 Drug manufacturers are responsible for making sure that drugs are safe before they hit the market. If they find out that the drug causes side effects, then they are required to list the side effects on the label. However, in some cases, drug companies choose safety over profit.

What Role Does the Food and Drug Administration Play?

Why do Drugs Get Recalled?

The Food And Drug Administration will issue a recall if they do not believe that the drug is safe. Recalls are sometimes necessary because new studies may show that the drug is no longer safe or effective. These are some of the reasons that the drug may be recalled:

The drug causes dangerous side effects.
The FDA has a safer alternative.
The consumers have not used the drug properly.

Class I Drug Recall- There is reasonable probability that the drug may cause serious health problems and death.

Class III Drug Recall- The drug is not likely to cause long-term health problems.

Market Withdrawal- The drug has a minor problem that needs to be monitored by the Food And Drug Administration.

How Does the Drug Recall Happen?

Recalls typically happen in one of the following ways:

How is the Public Notified?

There are several ways that consumers can be notified about a possible drug recall. The drug manufacturer must tell all of the pharmacies and wholesalers about the recall of the drug. The FDA also has a list of drugs that it has recalled on its website. Furthermore, when a drug is recalled, it is often reported by news media.

How to Report Adverse Drug Reactions

Anyone who experiences an adverse reaction to a drug is encouraged to report it, first to the prescribing physician, then to any agencies that might need to know. People should also inform their doctor and/or the FDA if they believe that the drug is not of good quality.

What to do if You Have Been Injured by a Drug

In 2010, there were several over-the-counter children’s drugs recalled. This included Tylenol, Motrin, and Zyrtec. There were concerns raised because contaminants were found in the drugs.

In 2008, a recall was issued for Heparin. This is a drug that is used to prevent the blood from clotting. The drug had contaminants that caused many people to get seriously injured. A few people died after taking this drug.

If you suspect that a drug has harmed you, or caused an impact to your daily living besides the listed side effects, consult with a law professional. Tate Law Group is highly experienced in this area and can tell you if you have a case.