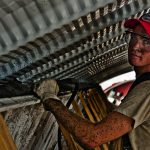 Most people who suffer a work-related injury or illness realize they can file a workers compensation claim to address the matter. But what happens if they are not fully compensated for their injuries? Is there any other recourse? A workers compensation Savannah attorney can explain that under certain circumstances there may be potential grounds for a lawsuit.

The underlying premise of workers compensation is that an injured worker relinquishes the right to file a suit against the employer claiming negligence in exchange for receiving medical treatment, lost wages and vocational rehabilitation, where appropriate. The worker need not prove any lack of care or other fault on behalf of the employer, only that the injury was related to the course of employment. The system was designed to expedite the worker’s claim and avoid the myriad of lawsuits that would otherwise flood the nation’s courtrooms.

Although there are some issues with denials of claims and the extent and scope of benefits approved, workers comp effectively deals with the majority of employee/employer issues. However, some matters require more than a simple workers compensation claim.

Reinforcing the general rule, Georgia is among a minority of states that have specifically codified in statute the prohibition against an employee filing suit against an employer. All work-related matters are to be addressed through workers comp. This, however, may not apply if the employer’s actions are so far removed from what may be considered the scope of work as to be beyond the purview of the Georgia workers compensation statute.

Although litigation between employee and employer may be precluded under typical workers comp situations, there is nothing in the rules, regulations and court cases interpreting the issues that prevent an injured worker from seeking damages from a third party where appropriate. Because of the dollar limitation on workers comp recovery and the prohibition on punitive damages, a third party may be liable under one of these theories:

Defective product – If a worker was injured at work using a machine, for instance, it may be possible to prove the equipment was in some manner defective. Strict liability may apply based on the facts and circumstances of the defect.

Exposure to toxins – Although toxic exposure injuries may be immediate and of a single incident, more often they are the product of long term exposure and thus not discernible for some time. Whether the employer was responsible for the presence of the toxin or whether it was a third party becomes a salient issue.

If you feel you have been less than fully compensated for your workplace injury, contact a workers compensation Savannah law firm.