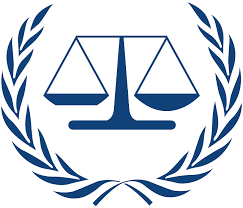 Defamation is a term that is used to describe a statement that hurts a person’s reputation. Verbally spoken defamation is referred to as slander. Written statements that impugn someone’s character is known as libel. Defamation in and of itself is not considered a crime, though defamation law is designed to balance conflicting interests.

No one should not be able to ruin another person’s public image with the written or spoken word. However, people should also be able to speak freely without fear of litigation. Social and political disagreement is common in a free society that believes that no one should be forced to share exactly the same feelings or beliefs. One offshoot of the freedom to speak one’s mind is the unfortunate reality that people who do not agree on political issues often use exaggerated or emotional language to make their point more forcefully.

How to Prove That Defamation Occurred

Defamation law can vary from state to state. However, there are some general laws that apply to each case. In order to prove that defamation occurred, you will have to prove that the statements met the following criteria:

A Detailed View of the Statements

1.) A statement can be written, gestured or spoken. Written statements are often considered more damaging than oral statements because they persist and can spread further.

2.) Published means simply that the statement was heard by a third party.

4.) The statement must also be injurious. People have to prove that they were hurt by the false statements that were made about them. For example, if the plaintiff lost friends, a job or other financial opportunity or was harassed by the press because of a false statement, this can be considered injurious.

5.) Additionally, the statement must be considered unprivileged. You may not be able to sue someone even if the statement was false. For example, a witness cannot be sued even if he or she testifies falsely in court. This is something that is important to lawmakers because they believe that people should have the right to enjoy free speech.

Public figures and officials often have a harder time proving defamation. The public has a right to criticize people who are in the position of authority. Celebrities as well have to prove that the statements that were made with malicious intent.

Defamation and the First Amendment

New York Times vs. Sullivan was a landmark case that took place in 1964. This is a case that involved defamatory things that were said about a politician or public figure. The court acknowledged that mistakes can be made when discussing politicians and public figures. The court ruled that public figures and politicians cannot sue for public statements unless they can be shown to be malicious- uttered with the intent to materially harm.

Private people have more protection under the law than public figures. A private person can sue a person for statements even if they are not made with malicious intent. Defamation law strives to allow people to have freedom of speech while protecting them from having lies spread about them. The Nolo website has additional information about defamation and freedom of speech.

It is also a good idea to consult with a defamation lawyer. Your defamation lawyer will review your case and determine whether you can file a lawsuit. Tate Law group of Savannah GA has the experience and talent to pursue a possible defamation case. Call us if you think you might have cause to file suit involving defamation, personal injury, auto accidents, or almost any kind of dispute.