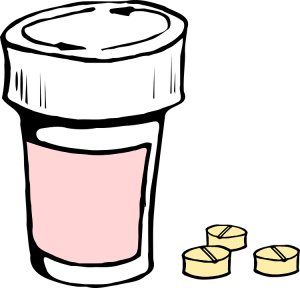 Medicine is rigorously tested before it is released onto the market. The Food and Drug Administration is responsible for making sure that medication is tested. Once the drug is on the market, it is monitored in order to ensure that it is not causing any serious side effects. If there is a serious issue, then the drug may be recalled.

When are Drug Recalls Announced?

An over-the-counter or prescription medication may be recalled if it is found to be dangerous or ineffective. In many cases, the maker of the drug may discover a problem and recall it. Additionally, the Food and Drug Administration may request that a drug be recalled if the general republic has reported problems.

Why are Drugs Recalled?

There are a number of reasons that a drug may be recalled. Recalls are issued if the medication has one of the following problems:

Even though medications are rigorously tested, some problems may not be discovered until after the medication hits the market. In 2000, medications that contained Phenylpropanolamine, or PPA, were found to increase the risk of stroke. Many decongestants and weight loss drugs contained some percentage of PPA.

weight loss drug Meridia is another substance that turned out to be more dangerous than expected. It was pulled from the market in 2010 after people found that it increased the risk of stroke and heart attack.

A medication may be pulled from the market if it was not properly labeled. It may also be pulled if the dosing instructions are confusing. People will inevitably misread a label or ignore directions, but if the FDA proves that the label itself is misleading, a recall may go into effect and the label corrected.

A medication can become contaminated during the production or distribution process. One common location for contamination is a poorly maintained compounding pharmacist, a company that mixes special doses or actually manufactures commercially available drugs when there’s a shortage.

Manufacturing defects can compromise the quality, potency, and purity of the product. Poor quality control or lack of training can contribute to mistakes in the production of a drug.

What to do if Your Medication has Been Recalled

If your medication has been recalled, then you need to stop taking it as soon as possible. You can also return the medication to the store and ask for a refund and your pharmacist or doctor can give you an alternative medication. Additionally, you can contact the manufacturer.

If you find out that your drug has been recalled…

You should not panic. A drug may get recalled even if it has a minor problem. You should also get educated about drug recalls. You can find information on the FDA’s website. Additionally, you should discard the drug. You can dispose of the medication in the trash and mix it with kitty litter or coffee grounds. The back of the medication bottle has information about how you can dispose of it.

Drugs That Have Been Recently Recalled

On February 24, 2017, Edex was recalled. This is a medication that was designed to treat erectile dysfunction. It was pulled from the market because there were concerns about the sterility of the drug, or that germs may have been allowed into the manufacturing process.

Duravet was recalled on December 28, 2016. This is a medication that was designed to treat roundworms in dogs. It was recalled because there were concerns about the stability of the drug.

In some cases, doctors can be held liable for defective or ineffective drugs that they prescribe, if they fail to ascertain the interactions of other medicines you take or the fact that you have a known allergy to an ingredient or some other negligence. You can call a medical malpractice attorney if you have been hurt by a drug. A medical malpractice attorney will review the case and determine whether your physician can be held reliable.