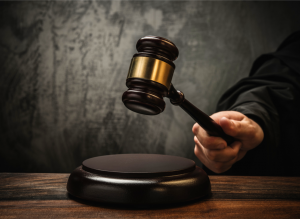 Why File a Class-Action Lawsuit?

There are several reasons someone might decide to hire a class action lawyer in Savannah GA and file a lawsuit. People who have been wronged by a corporation will be able to get the compensation that they need to remedy the situation. It can be costly for an individual to file a lawsuit; joining a class-action lawsuit greatly reduces that cost.

How a Class-Action Lawsuit Works

After the lawsuit goes to court, the judge will decide if it is eligible to be a class-action lawsuit. If the judge agrees with the case, then it will be certified. The plaintiffs can take the case to another court if the judge denies the case.

Lawyers will present their arguments to the court if the case is certified. Many cases are settled out of court; others will not settle until the jury reaches a verdict.

Pros of Joining a Class-Action Lawsuit

This is a cost-effective way to remedy a situation. You really do not have to do anything once you join the class-action lawsuit. You may have to submit documentation in order to prove you were affected by the lawsuit. However, you will not have to go to court unless you are the lead plaintiff.

Cons of Joining a Class-Action Lawsuit

The amount of compensation that you get will be significantly less than what you would get if you were to pursue a lawsuit on your own. You have to ask yourself if the compensation that you get is fair. Can you afford to file a lawsuit and hire your own attorney? Do you want to wait several months to resolve a lawsuit? Those are some of the things you should ask yourself before pursuing a class-action lawsuit.

How to Pursue a Class-Action Lawsuit

After that, you will need to fill out a claim form. You will need to provide your name, address, and product information. After the lawsuit is settled, you will receive your portion of the settlement via check in the mail.

To become part of a class-action lawsuit, or to initiate one yourself, it is vital to have good legal representation. Tate Law Group in Savannah, GA is here to help you get the settlement you deserve. Call us today at (912) 234-3030, or fill out a contact form and we will get in touch with you within 24 hours.