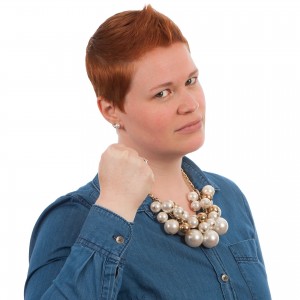 In the past, assault and battery were considered two distinct crimes. Battery required that the person offensively touch or physically strike a person. Battery was classified as a completed assault. However, many states do not distinguish between the two. They simply refer to any type of physical attack as assault.

Difference Between Simple and Aggravated Assault

Mary was walking to her car at night and was attacked by a man. She was hit several times, and the man attempted to take off her clothes. This man can face an aggravated assault charge because the evidence shows that he intended to rape the woman.

A male nurse starts touching a female patient inappropriately. In some states, this man can possibly be charged with aggravated assault, even though there was no weapon involved. This is due to the fact that special laws that call for stricter penalties are in place to protect the elderly.

Words Alone do not Constitute Assault

Verbally attacking someone does not constitute assault. Many people do not recognize threats because people often make threats without the intention of carrying them out. However, there are some cases where a person may be charged with a crime- but not assault or battery- if they make a criminal threat.

If I am Convicted of Assault, then how Will I be Punished?

The type of punishment will depend on the case and the court that is handling it. Many people will only be required to compensate the victim for the assault. If the case is taken to criminal court, there may be jail time involved.

Possible Defenses for an assault charge

In many cases, an assault charge may be dismissed due to insufficient evidence. If the victim does not have any visible injuries, then the charges may be dropped. A charge may also be dropped if there are no eyewitnesses or any material evidence of an attack.

Inability to Prove the Claim

The plaintiff and the prosecution have to be able to prove that the assault actually occurred. They must also be able to prove that the act was committed with the intention to cause harm. The case may be dismissed if the plaintiff or prosecution cannot prove these claims. It’s always possible that a physical altercation falls under the next category…

Many people claim that they were defending themselves when they were just provoked. You may be able to get a lighter sentence if you can show you were provoked. Your defense attorney would have a chance to cross-examine your accuser and question witnesses to determine this possibility.

If you have been accused of assault, then you should contact an attorney. Your attorney can help you overcome an accusation or get a reduced sentence if the situation warrants.