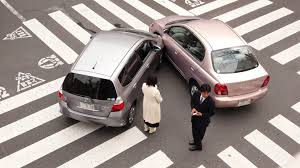 Auto accidents are never a positive experience, especially when you have suffered significant injuries from a crash with an uninsured driver. Fortunately, for those who made the decision to purchase a policy rider for protection against uninsured and under-insured drivers, there may be an option for additional insurance coverage when your claim qualifies. However, using the policy rider can be more complicated than merely claiming the accident is protected by uninsured motorist coverage. This coverage can also be useful when being involved in an accident with a driver who carries only the state minimum car insurance liability protection, as many injuries will cost well in excess of the state requirement. And, in states like Georgia, the “at fault” driver’s auto coverage will also be the first insurance policy applied to the damages claim. These complications and potential adversarial situations with your own insurance company often make it imperative to retain a car accident attorney Savannah Ga who can represent your case aggressively as well as ensure that all of your recovery rights are enforced without retaliation from your insurance provider.

Georgia state law explicitly states that insurance companies cannot increase the premiums or cancel policies on drivers who were not predominantly at fault for an accident that resulted in an uninsured or underinsured motorist claim. However, Georgia uses a modified comparative negligence rule, so anyone over 51% at fault for an accident is barred from receiving any damages for associated injuries. This percentage could present problems because determining comparative fault usually falls under a denied claim that the insurance adjuster uses to reduce the value of a claim, especially when the degree of fault for any particular driver is not clear. In two vehicle accidents, many times it is evident who is primarily responsible. Three-vehicle accidents or greater could result in all drivers being partially at fault with no one reaching the 51% threshold. Your car accident attorney Savannah GA can argue that your fault rating for the accident be as low as possible while using material case facts to increase the percentage of other drivers. This can be crucial in an uninsured or under-insured motorist claim. Your insurance company cannot directly raise premiums or deny coverage, but they can still defend against the amount they are legally required to pay out.

There can be a problem with claims that are generally for under-insured coverage. That occurs when a driver not at fault for an accident files their own comprehensive claim for towing but bills the at-fault driver’s insurance for property damage repair. Vehicles commonly fall under the state minimum for property liability coverage, but medical bills can be much more expensive. In complex cases where claims are being “stacked”, the insurance company may have a legal argument that they can refuse to renew coverage based on a prior accident. Insurance companies will often fight a claim more vigorously when there is a chance that they will be financially responsible for a portion of the medical bills in addition to the other insurance provider. Having an experienced car accident attorney Savannah GA can mean the difference in keeping you from having a denied claim, increased premiums or coverage denial.

It is never a good idea to attempt to handle your own car accident case because laws governing them can be highly technical and insurance companies are well-known for bad faith claim approval policies. Just as they can find obscure legal reasons to deny claims, they call also use technicalities to refuse policy renewal. And, having a solid and aggressive legal counsel is vital to being made whole after any accident, especially if uninsured or under-insured motorist coverage is involved.

Tate Law Group is on your side when you need a car accident attorney Savannah GA. Contact us as soon as possible if you are up against unjust practices by your insurer or find yourself in a bind with an uninsured motorist. We’ll help you settle the issue with complete confidence.